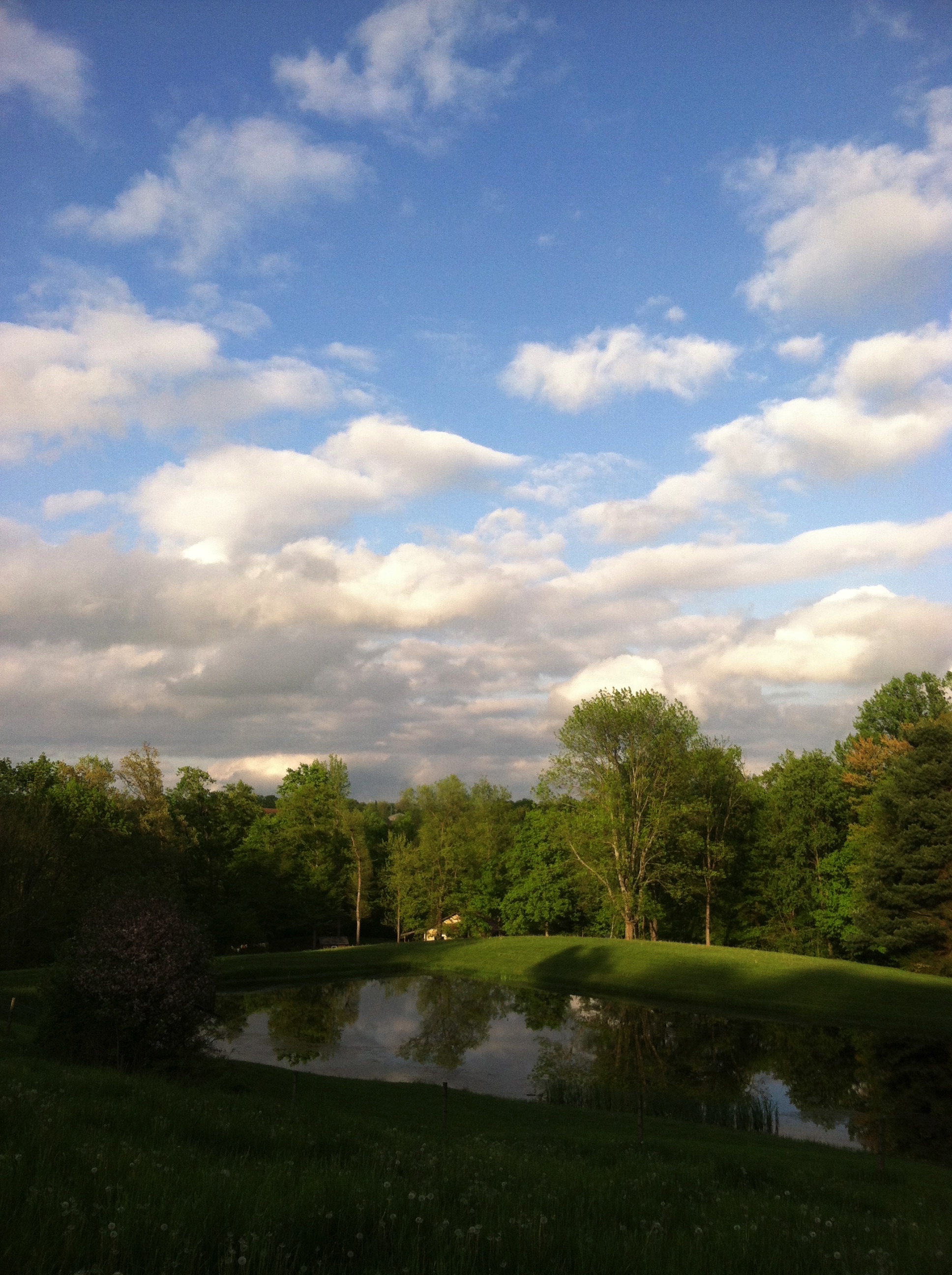 Patellar Tendinitis: The Wisdom of My Knees

I’ll never forget the lesson I learned from my knees.

It was about 18 years ago, and I had been jogging a lot.

What I gradually discovered as I increased my mileage on the back roads and the Holmes County Trail, was that my knees were killing me. Just to be clear, I am talking about aching and aching and you can’t think straight because of the distraction-kind of pain.

So, this is the part where I get humbled and receive a lesson all in one. I visited a physician and was told that I had arthritis. Because of my level of discomfort, he also referred me to an orthopedic surgeon, just to make sure I didn’t have cartilage damage.

The verdict: No arthritis. No cartilage issues.

Here’s the conversation that might have gone on in my mind: “Well, let’s see....ummm....I’m a massage therapist, right? I see lots of clients with similar issues to this and help them resolve the problem. Uhhhh...What would I do if I were a client who came to me?”

That was about as far as I got. After that, I started palpating my knees, and surprise, surprise, I discovered a lot of tight and overworked muscles. As I sifted, kneaded and compressed muscle after muscle, I experienced increasing relief in my poor old knees. I didn’t know whether to shake my head with embarrassment at not having done this sooner, or to raise my head to the sky and yell, “Hallelujah”

Then, as I arrived at the gristly tendon below my knee, it was like I’d hit the smoking gun behind the whole problem. It was tender in a way that spoke volumes. Maybe I should talk a little about this common condition for a moment, just for the sake of clarity:

The little bone we commonly call the kneecap, also has the alias of “patella.” (In science there are often multiple names for things, and this is particularly true in anatomy.) Tendonitis is the micro-tearing of tendons, the connective tissue that attaches muscle to bone, and it usually results from repetitive stress.

In patellar tendinitis, which was a significant portion of my problem, the tendon that attaches the patella to the shin becomes inflamed. This frequently happens when someone has been doing a lot of jumping. So, many times this is an injury for basketball players, hardcore jump-ropers, and perhaps children who leap up and down waiting to be called on at school. Alright, the last one is an exaggeration, but you get the point.

Of course, I wouldn’t be telling the whole story if I didn’t mention that patellar tendinitis can also can be caused by intense, long-distance running, especially on hard surfaces.

The pain builds up gradually, then a person starts to feel it more acutely whenever he or she is active. With rest, the discomfort subsides, but creeps right back in when the offending activity begins again. Sometimes it even feels like the pain goes directly into the knee joint.

Obviously, that’s where I thought it had been coming from, and that was a lesson I didn’t forget. It really was humbling to admit that I hadn’t even considered this was a soft tissue problem and that I could resolve it myself. It was also a welcome eye-opener. After several weeks of working on my patellar tendons, thighs and lower legs, my pain was completely gone.

I was indeed thankful, and the experience has helped me to remember that this body of mine can be my teacher, and at same time I can look at it as if it is my child. I can learn from it, and I’ve been entrusted to take care of it. To me, that’s the most valuable lesson I’ve ever learned from my wise, young knees.